Landmarks to Look for When Buying a New Home 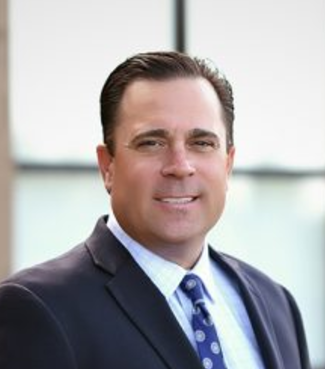 Find me on:
LinkedIn

Nearby Shopping Centers and Hospitals Impact Property Values
As do coffee shops!

There are many factors that go into the value of a home. Some have referred to the Starbucks effect or Walmart effect, and studies show that where these retailers exist has a positive impact on home values.

When it comes to house hunting, proximity to necessary community amenities like a grocery store and coffee shop are definitely a part of the decision-making process.

People will look at areas near stores they’re used to frequenting because it provides a comfortable atmosphere.

Various national and regional retailers have been recognized as having an impact on home values in the immediate area of their location, and it certainly makes sense since people like the convenience and familiarity of their favorite brands.

Living near a trendy coffee shop has its benefits for homeowners, whether you're a coffee drinker or not. The value of homes within a quarter-mile of a trendy coffee shop rise faster than those that aren't, according to real estate research group Zillow.  Between 1997 and 2013, homes closer to coffee shops increased in value by 96 percent, compared to 65 percent for all U.S. homes according to this report.

Once a grocery store, or popular dining or meeting place establishes its roots in an area, its presence becomes a strength of the neighborhood. Whole Foods opened a location in downtown Detroit, the first national grocery store chain to open in the city in more than a decade. In the same ZIP code as the Detroit Whole Foods, median home sales went from $19,000 in 2009 to $80,000 in 2015, according to a report by the Detroit Free Press.

It’s also true for a hospital located near your home’s property. Usually the surrounding area feels a ripple effect. Land values increase. Developers are quick to provide new space for offices and stores. The biggest profits are realized by the investors who get involved early during the planning stages before or while a hospital is built.

Research firm House Logic recently came up with a list of items that impact the value of a home. It found highly rated schools are a bonus for nearby housing, but also found good schools have a lot in common with Wal-Mart and public transportation, for example. People who buy a home near any of these might add thousands to their home’s value.

The study also found a public park might boost the property value of nearby homes by eight to 20 percent.