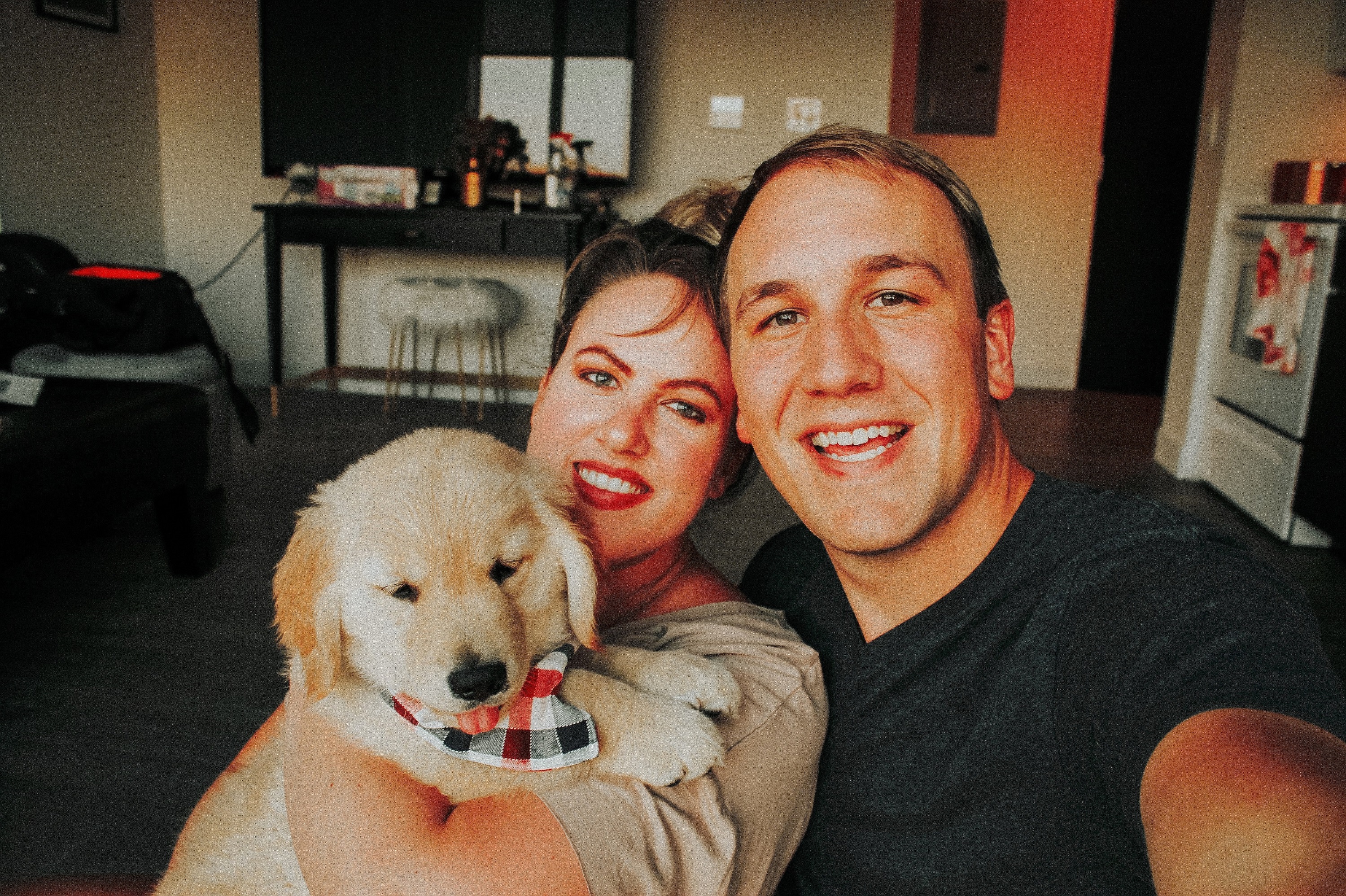 Ever since my husband and I graduated from Grand Valley State University (GVSU) it was our dream to move into a high-rise downtown apartment in the heart of Grand Rapids. Shortly after we launched our careers, our dream became a reality. We found the perfect place newly designed and built in downtown Grand Rapids. We moved in during a snowstorm in November of 2016 and immediately embraced the downtown culture. We walked instead of drove, took up a hobby of biking into town, became regulars at our favorite Chinese restaurant, found the best mango margaritas in town, shopped at the best and most underrated book stores in east town on weekends, and followed a rule that we couldn’t eat at any chain restaurants anymore. We became true locals to the city of Grand Rapids.

The more time we lived in our modern high-rise apartment, the more we loved it. I eventually exclaimed that I never wanted to live in a house… that I could live in this cute little modern apartment for the rest of my life, (HA). That was until one of our old dreams from 2008 crept back into our lives. When my husband and I met almost 10 years ago, we learned that we both wanted to own a Golden Retriever “someday.” That “someday” came seven years of dating, two years of marriage, and two GVSU Bachelor’s degrees later.

As we biked back to our apartment one day, and saw so many of our neighbors with dogs, we decided to pursue our dream of owning a Golden Retriever. We searched and searched for a nice breeder in Michigan when my friend recommended a wonderful breeder just a few miles north of Grand Rapids. We were in touch with the breeder, Nancy – but she didn’t have any available puppies at the time. So, we waited.

On June 19th, our wedding anniversary, we got a call from Nancy that puppies had “just been born this week.” It was the best surprise anniversary present. We drove straight to her house that day and were the first to put down a deposit. Within eight weeks, we had the first pick from a litter of five boys. We picked the chunkiest one with the sweetest face and named him “Oakley.”

We welcomed Oakley to our downtown apartment in early August with non-stop smiles on our faces. We smiled as we took Oakley in and out of the elevator 20 times on a Saturday. We smiled as we walked down the sidewalks of Grand Rapids where each passer-by would pet him. We smiled as we played fetch on the teeny patch of grass near our apartment. We smiled when Oakley wanted to bring a stick home that he found in the park. We smiled when Oakley ate the dirt out of the pot of my rubber tree. We smiled and smiled and smiled until Oakley inhaled a soggy cigarette on the sidewalk for the third time in a month (don’t worry, our vet checked him and he’s okay…phew). It was then that we fully realized Oakley needed his own yard. He needed things like grass to frolic in, flowers to bite, leaves to chase, and sticks to catch.

So, on a Sunday afternoon in September, we started to look for houses online. We began to picture ourselves in different houses and became excited about the prospect of owning a house… for our sake, but also for Oakley’s sake. He would have a yard of his own to play in!

And so here we are…in our downtown apartment in Grand Rapids with Oakley who is only getting bigger as I write this. We have a meeting scheduled to get a mortgage preapproval in a few days and we’re meeting with our realtor soon. Follow our first-time home buying journey! I’ll share this whole process with you on ChoiceOne Bank’s blog!

It’s funny how our dreams, while so important at the time, can easily take a backseat when a new dream comes along. We have loved every second in our downtown apartment, but Oakley is our priority now and we can’t wait for him to play in his own yard… and we might also be giddy by the idea that we won’t have to ride up and down the elevator at 4am in our pajamas every night!